Most Spring Break student missions teams were stateside campus to campus ministries and service and compassion outreaches, and a few were international teams.

Prairie View A&M received teams from the University of New Orleans, New Mexico State U, and sent a team to NMSU.

U of Alaska Anchorage sent a team to the U of South Florida.

U of Minnesota – Duluth partnered with Utah XA to minister to Mormons at Utah St U.

Missouri State U sent out 81 students and staff to 7 different locations stateside.

The Ohio State U took a mission trip to Atlanta, GA with a ministry called Pure Hope. Students were able to minister to the homeless and less privileged. They also helped a church with construction.

—As reported by Brandon Hurst, Missions Teams Mobilizer, and Facebook postings by Ohio State U and Missouri State U. 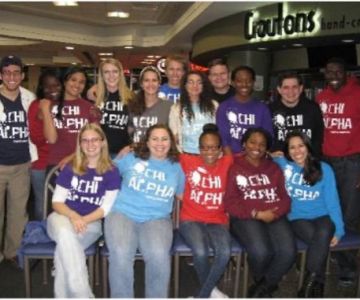 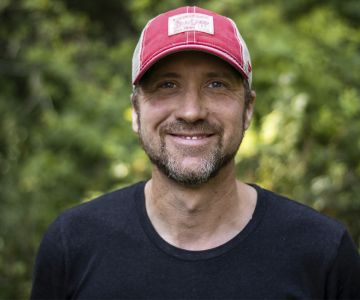 John Konkel is a Chi Alpha campus pastor at the University of Minnesota. When he started in 2005, he walked by frat row and God placed a burden on his heart. Was anyone reaching out to these guys?

He asked, “How does a campus minister (chaplain) get invited into frat houses, which have a stereotypical reputation for not being havens of morality?” John felt God impressed him to grab a toilet bowl brush, some cleaning supplies, and start making phone calls and knocking on frat house doors.

“I started by just cleaning toilets,” John says. “Then I grabbed a Chi Alpha student, and we spent the summer cleaning frat houses free; we’d vacuum, wash dishes, clean toilets, and while we were at it, we’d build relationships with those guys.”

“I wanted to pitch the idea of having a chaplain to a lot of the fraternities on our campus, but I needed an invitation to attend the yearly frat council meeting,” John said. He started by calling frat presidents, and one of them responded. The frat president wasn’t walking with the Lord, but something had been stirring in his heart to read the Bible. He thought having a chaplain for his frat would be a good idea. He took the idea to his chapter, and they voted on it. They agreed it was a great idea! That was 2007.

“For the next 15 years, every year, I’m permitted to attend the frat council meeting and pitch to all the frats the idea of having a chaplain,” John says. “What I’ve found is that after I make that pitch, especially the last three years, students have contacted me as they’re dealing with things like anxiety, depression, addictions, suicidal thoughts, alcohol — underneath it all is a hunger for Jesus!”

John shares that two years ago, he led 16 frat members to the Lord. Last year, in a unique COVID year, he led 20 to the Lord. This year, he’s already seen 38 frat guys make commitments to the Lord as their Savior in just the first semester!

“I could speak at a chapter last week, my last chapter for the semester,” John says. “This frat has a yearly initiation process and now that includes a spiritual direction night that I’ve been able to lead in the last two years!”

“There are few subcultures on the college campus larger or more impactful than fraternities and athletes,” John says. “On the weekends, a huge chunk of what student life looks like is tied up in sporting events or Greek parties. What if God comes and breathes life into these subcultures? That can transform a university!”

Since reaching out to fraternities by cleaning toilets, John says he has now become the chaplain for many of the fraternities on campus. He can freely walk into a meeting where he is known and recognized. And as a fraternity chaplain, they permitted him to engage other fraternities that don’t have a chaplain.

“What’s really great is that recently I had a frat president contact me after a meeting,” John says. “He wanted to start a Bible study, just him and me. After a while, I encouraged him to invite other frat brothers, and now we have eight guys coming. And when that president transitioned out of leadership, the new president joined our group.”

Ryan Foster, is the primary Chi Alpha campus minister at the University of Minnesota, leading the typical Chi Alpha model with undergraduates and small groups, while John Konkel (in the article above) works in partnership with Chi Alpha and focuses on Greek life and athletes.

This is a condensed version of a full article that appeared in the AG News, January 3, 2022, “Chi Alpha Chaplain Leads Dozens of Frat Members to Christ,” by Dan Van Veen.