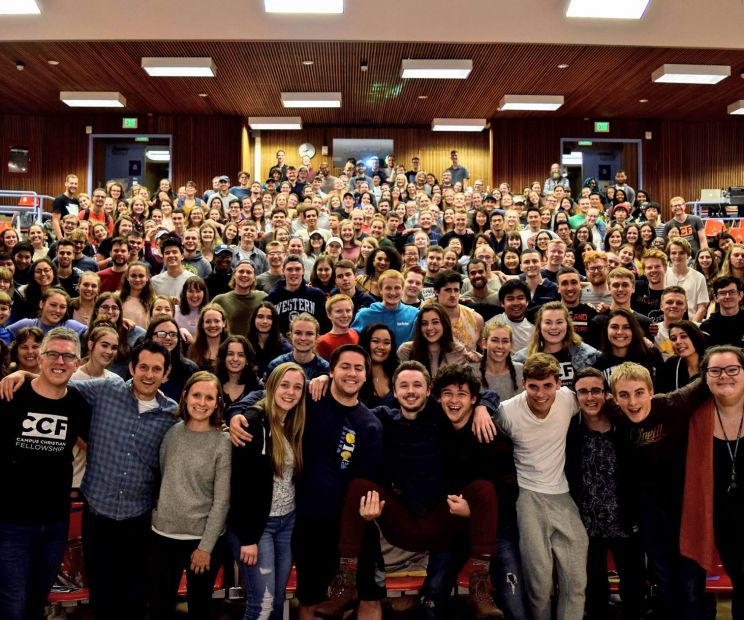 Congratulations Western Washington University XA operating for 50 consecutive years (1972-2022) I challenge all XA leaders to record the XA story on your campus. You have a story to tell to future generations. Designate a person each school year to be the XA historian who compiles a written history of your XA. Include names and lists of students and staff involved, and years, events and dates, stories, testimonies, digital and printed promotions and advertisements, Facebook, and Instagram, and photographs. Send to Chi Alpha Archives, 1445 N. Boonville Ave., Springfield, MO 65802

our faith is built up as we see how God has used people and worked powerfully in situation we gain wisdom in building on the insights and examples of past Christians gain a sense of community with the past works of God our perspective is broadened in that we see the big picture with a view to the long term, we recognize that Chi Alpha is part of God’s redemptive work in the world. The newly published XA history, Growing a Student Movement, The Development of Chi Alpha Campus Ministries, 1940-2020 available from Amazon.com In 670 pages Dennis Gaylor, former national director of Chi Alpha Campus Ministries from 1979–to 2013, tells the story of Chi Alpha Christian Fellowship chronologically over the course of eight decades. It started in 1953 with a handful of students and an instructor on the campus known as Southwest Missouri State (SMS) in Springfield, Missouri. Today Chi Alpha is chartered on 300 campuses with 20,000 students involved. Endorsements: Dennis Gaylor provides an insider’s view of the history of Chi Alpha—an important record of service and sacrifice in the mission of reaching generations of university students for Christ.  Perhaps no one has done more than Dennis to build Chi Alpha into a premier national campus ministry, but the significant contributions of all his cohorts find their place here. Joseph Castleberry, Ed.D. President, Northwest University One of the greatest untold stories in the Assemblies of God has now been told. Growing a Student Movement is a detailed account of the growth and impact of Chi Alpha Campus Ministries.  Nobody could tell this story better than Dennis Gaylor.  His experience, perspective, and long-term commitment to the movement equipped him to chronicle this profound story.  Every page unpacks this ministry that is impacting the campus, marketplace, and the world.” Nick Fatato, Network Superintendent, Southern New England Ministry Network of the AG One cannot read Growing a Student Movement without witnessing the love, enthusiasm, and dedication of college students and campus pastors in their commitment to be Christ’s Ambassadors. Unprecedented in scope and rich in detail, this book will inspire every Assemblies of God pastor, campus minister, and XA member to expand their vision of what God can do in today’s world. Dr. James F. Cobble, Jr., Board of Advisors, Gordon-Conwell Theological Seminary

Podcast Resource “There you are,” instead of “here I am.” From an article/podcast in Christian Union, “Performative Religion and Our Need to Be Liked” March 23, 2022When Facebook introduced the “like” button in 2009, NYC Pastor Jon Tyson, argues that everything changed. What had been a platform to connect with friends and family became a place where individuals began to post so that they could receive approval—likes. This small addition totally reoriented the psychology of society and the understanding of the self because a performative dynamic entered in. In his first podcast in a six-part series Tyson, entitled “Converting the Church–Everything to Show,” was posted Feb. 15, 2022. He unpacks Jesus’ critique of the Pharisees’ performative religion and reveals how the same self-seeking spirit has crept into today’s church, disappointing and disillusioning people seeking truth. Only by being secure in our identity as God’s Beloved, as Jesus was, can we recognize the true greatness of a life spent poured out on behalf of others in sacrificial servanthood, and then actually live in a way that walks into a room and says “there you are,” instead of “here I am.” churchofthecitynyc.com 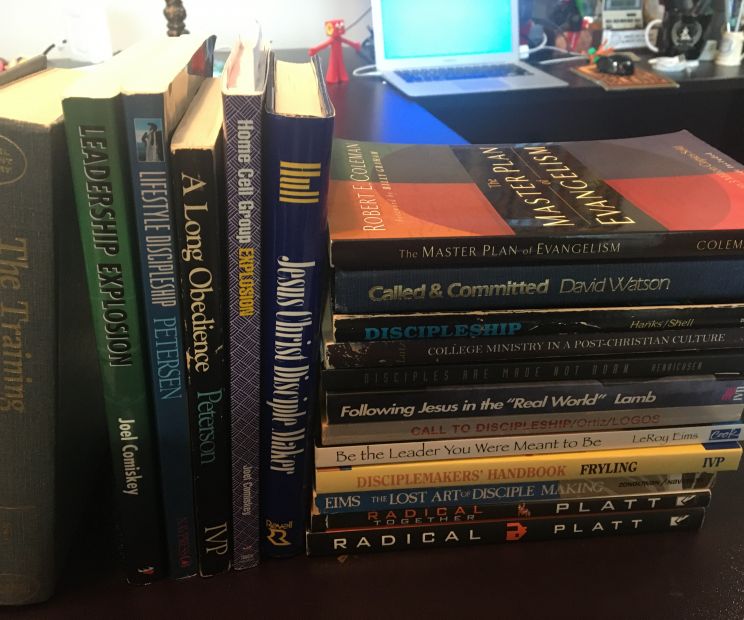 The Master Plan of Evangelism, Robert E. Coleman Discipleship by Design, Harvey A. Herman Called and Committed: World Changing Discipleship, David Watson A Long Obedience in the Same Direction, Eugene H. Peterson The Lost Art of Disciple Making, Leroy Eims Disciple-Makers Handbook, Alice Fryling Disciples are Made–Not Born, Walter A. Henrichsen Call to Discipleship, Juan Carlos Ortiz Lifestyle Discipleship, Jim Petersen Home Cell Group Explosion, Joel Comiskey College Ministry in a Post-Christian Culture, Stephen Lutz Jesus Christ Disciple Maker, Bill Hull Radical, David Platt Discipleship, Billie Hanks, Jr. and William A. Shanks I have an extra new copy of The Master Plan of Evangelism and College Ministry in a Post-Christian Culture. If you haven’t read them, text me at 1 417 766 0953 and include your mailing address, and whoever is first, will receive the book of their choice. 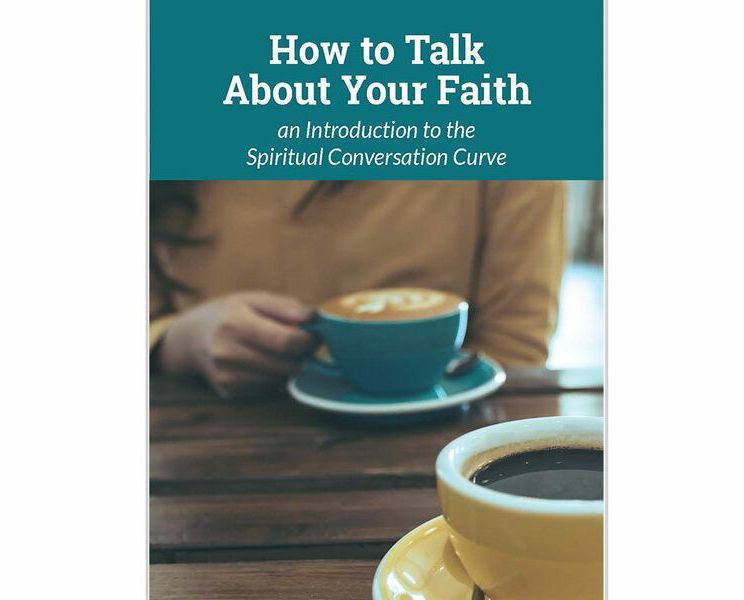 Source:  https://lhm.org/curve/    I recommend this booklet, How To Talk About Your Faith, available free on a pdf download and the Reluctant Witness by Don Everts, senior pastor of First & Calvary Presbyterian Church in Springfield, Missouri, and writer for Lutheran Hour Ministries.   Don has spent almost three decades helping people on college campuses and in the local church become good stewards of their God-given gifts. Along the way, his wife, Wendy, has been helping Don do the same. His many books include The Reluctant Witness, The Spiritually Vibrant Home, and The Hopeful Neighborhood, all of which feature original research from Barna and biblical insights for our everyday lives. 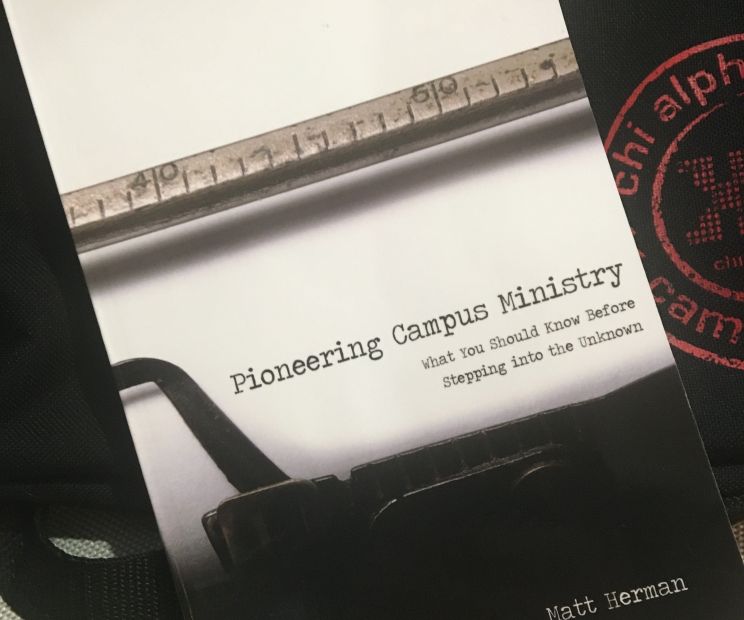 Pioneering Campus Ministry by Matt Herman For the past fifteen years, Matt Herman has served as a campus missionary. In 2012, he pioneered Saint Louis University, a Jesuit Catholic school, and remains there today. Prior to this campus, he pioneered Chi Alpha at Cornell University, an Ivy League school in Ithaca, New York in 2005. His campus ministry experience and preparation have included graduating from a Midwest university where he served as a student leader in Chi Alpha, attended a seminary earning an MA in Biblical Studies, and participated in a campus ministry internship at Georgetown University. From these rich and first-hand experiences, Matt writes Pioneering Campus Ministry (2021). The book’s subtitle, What You Should Know Before Stepping Out Into the Unknown, immediately brings the reality of starting a campus ministry from scratch to the forefront. He presents the emotions he felt, the thoughts he had, and what he actually did to begin. The book draws on his journey pioneering at two campuses and conversations with fourteen other campus ministers who pioneered. He knew the day would come when his initial experiences would start to fade and he would lose his grasp on what it was like to start from scratch, so he wrote the book he wished he had when he pioneered. Matt says, “The descent into the unknown is the reality of pioneering.” His insights speak directly about stepping out to pioneer. He explains no one knows you when you begin. No one is waiting for you when you arrive. You want to have credibility, access, momentum, recognition, and support, but that is not a reality yet. Matt says, “nothing is natural, comfortable, or empowering about being an outsider seeking to establish campus ministry where you are not a member of the target audience.” He notes that some components for starting a campus ministry are universal, however, there are situational and contextual aspects from campus to campus that are different. He devotes an entire chapter to the personality and history of a campus and drills down and explains there are distinctions and variables to every school and every region of country. One of the most important questions is, “How much time the students can afford to spend in extracurricular commitments?” When one understands the distinctive qualities of a university’s personality, there will be unique sets of challenges, limitations, freedoms, and open/closed doors. Matt brings remarkable insights into how Jesus got started and interfaced with his followers and others. He explains that the best ability in pioneering is availability. He says a certain personality type is not critical to pioneering, but campus pioneers need resilience (“grit”), or what some call, “fundamental hope.” He details stages in establishing a community on campus from table fellowship (which is a few students mostly ignorant about the vision), the next stage is the call (student ownership), and the third stage is growing pains (but students are coming to know Jesus and are discipled into enough maturity to take responsibility of reaching and discipling others). During this stage it is like running up a hill constantly encouraging and supporting others along the way. Matt calls the next stage downhill (finally!) which actually means the group has achieved a level of maturity and momentum—the group is healthy. This leads to the full picture, transgenerational discipleship. Resources that helped him most dealt with humility in leadership. He tells the pioneer to recognize that what works on another campus may not transfer or apply to where you are planting. Matt says, “Resist the urge to try to ‘plug and play’ someone else’s unique university model onto yours.” […] 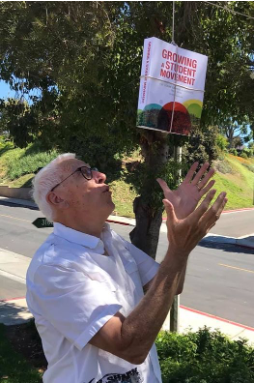 Regular Retail $24.95 Discounted price $14.95  Consider purchasing a complimentary copy for your pastor, district superintendent or missions director, world missionary, a major donor.  The president and library at AG colleges/universities, AG executives, and AG WM regional directors have received complimentary copies of Growing a Student Movement.  Let’s get the story of Chi Alpha in the hands of many. C. David Gable , former national director,  reported that the Growing a Student Movement book was: A gift from above! And from Dennis G: a cat-herding, tradition-stretching, leader-enabling, truth-discerning, baloney-annoyed, need-sensitive, innovation-embracing, wisely-patient, personally-integrated, arena-centered, coffee-loving, Barbara-adoring, quietly radical, center-of-action player, who has worked for years to write a book that only he could be central enough to write. And who is making us all look better than we deserve.” Whether a drone or kite delivered his book, or Federal Express, or a person who tied the book to a tree with twine is unknown. We validate that Dave Gale is the person in the photo; he received it and read the entire book. 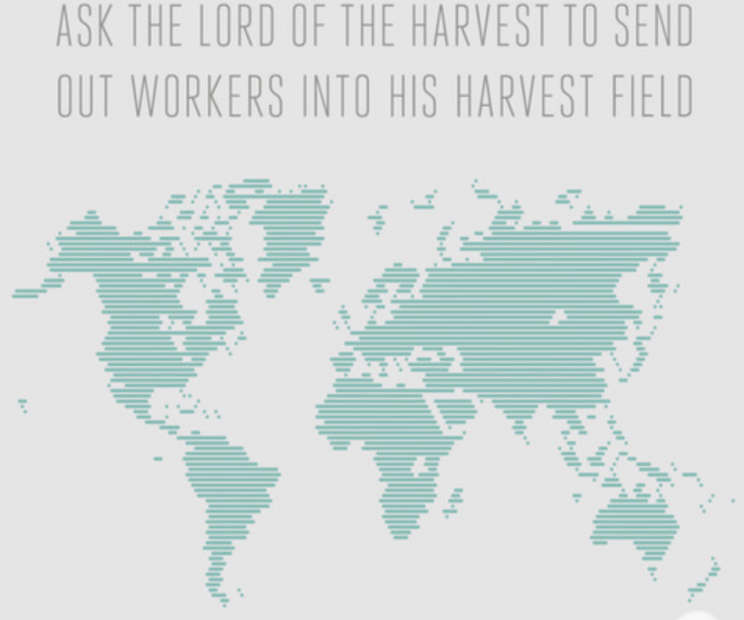 We don’t have to look far to see the incredible potential of college students. Even though only one percent of the world’s population are collegians, what a powerful one percent they are. This small sliver of humanity is, and will be, the leader of every facet of society. Each country sends their best and brightest to the university for education and training. Focusing our evangelistic and multiplication efforts on this one percent is a very strategic way to expand the Kingdom of God and fulfill the Great Commission. Almost one fourth of the world’s college students reside in North America and they represent the most reachable, recruitable, trainable, and sendable category of persons on the planet. Steve Shadrach, Student Mobilization https://www.stumo.org 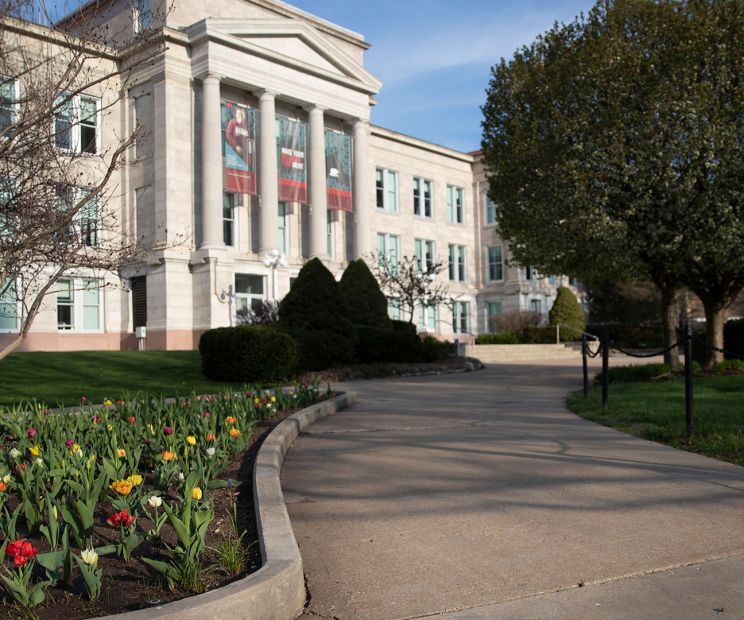 This is message Joe Zickafoose, former campus minister at Southwest Missouri State University, Springfield, used at his first campus meeting to introduce students to Chi Alpha. It is as applicable today as it was then. 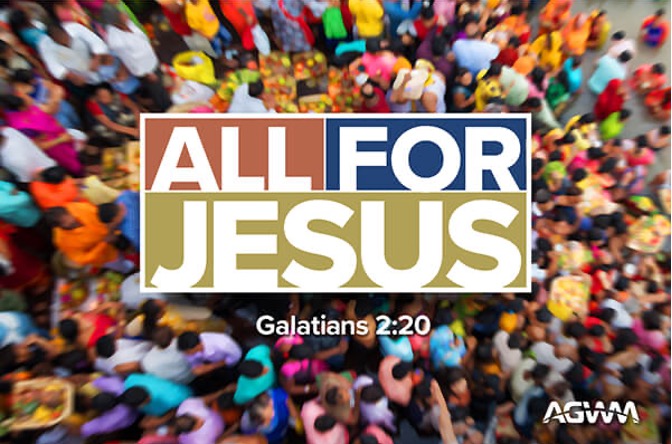 Your access point for all the Assemblies of God World Missions video content is the AGWM Media Hub. Stream and download missions news and resourcing videos. 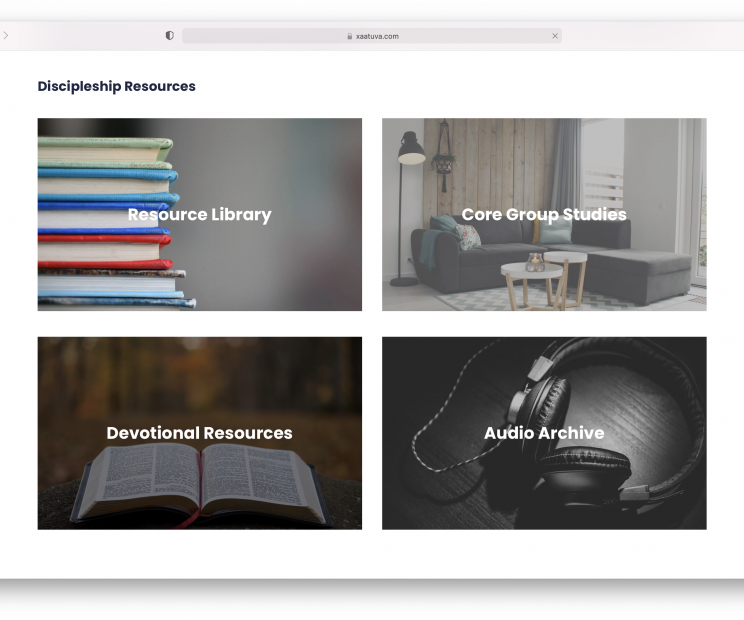 XA at The University of Virginia (xaatuva.com) has a drove of campus ministry resources on their website. They include a resource library with twelve XA essentials and articles on the three anchors of XA: real devotional life, real community, and responsibility; and core group studies for small group meetings; and devotional studies for personal spiritual development, and if that is not enough to last you during your campus experience, check out the audio archives of messages during the school year arranged  by the book, topic, speaker, and date, and these audio messages include the fall and winter retreats.

No more pages to load