For the past fifteen years, Matt Herman has served as a campus missionary. In 2012, he pioneered Saint Louis University, a Jesuit Catholic school, and remains there today. Prior to this campus, he pioneered Chi Alpha at Cornell University, an Ivy League school in Ithaca, New York in 2005. His campus ministry experience and preparation have included graduating from a Midwest university where he served as a student leader in Chi Alpha, attended a seminary earning an MA in Biblical Studies, and participated in a campus ministry internship at Georgetown University.

From these rich and first-hand experiences, Matt writes Pioneering Campus Ministry (2021). The book’s subtitle, What You Should Know Before Stepping Out Into the Unknown, immediately brings the reality of starting a campus ministry from scratch to the forefront. He presents the emotions he felt, the thoughts he had, and what he actually did to begin. The book draws on his journey pioneering at two campuses and conversations with fourteen other campus ministers who pioneered. He knew the day would come when his initial experiences would start to fade and he would lose his grasp on what it was like to start from scratch, so he wrote the book he wished he had when he pioneered.

Matt says, “The descent into the unknown is the reality of pioneering.” His insights speak directly about stepping out to pioneer. He explains no one knows you when you begin. No one is waiting for you when you arrive.

You want to have credibility, access, momentum, recognition, and support, but that is not a reality yet. Matt says, “nothing is natural, comfortable, or empowering about being an outsider seeking to establish campus ministry where you are not a member of the target audience.”

He notes that some components for starting a campus ministry are universal, however, there are situational and contextual aspects from campus to campus that are different.

He devotes an entire chapter to the personality and history of a campus and drills down and explains there are distinctions and variables to every school and every region of country. One of the most important questions is, “How much time the students can afford to spend in extracurricular commitments?” When one understands the distinctive qualities of a university’s personality, there will be unique sets of challenges, limitations, freedoms, and open/closed doors.

Matt brings remarkable insights into how Jesus got started and interfaced with his followers and others. He explains that the best ability in pioneering is availability. He says a certain personality type is not critical to pioneering, but campus pioneers need resilience (“grit”), or what some call, “fundamental hope.”

He details stages in establishing a community on campus from table fellowship (which is a few students mostly ignorant about the vision), the next stage is the call (student ownership), and the third stage is growing pains (but students are coming to know Jesus and are discipled into enough maturity to take responsibility of reaching and discipling others). During this stage it is like running up a hill constantly encouraging and supporting others along the way. Matt calls the next stage downhill (finally!) which actually means the group has achieved a level of maturity and momentum—the group is healthy. This leads to the full picture, transgenerational discipleship.

Resources that helped him most dealt with humility in leadership. He tells the pioneer to recognize that what works on another campus may not transfer or apply to where you are planting. Matt says, “Resist the urge to try to ‘plug and play’ someone else’s unique university model onto yours.”

Pioneering takes time and is a process. A decision to pioneer a campus ministry is a five-year, full-time commitment. Matt puts it this way, “Pioneering is about consistently working on the things that will drive you from obscurity into notoriety on your campus.”

This may be the first book written in such a way that brings you on campus in the first few years of forming a campus group from scratch. You get inside Matt’s head as he encounters students for the first time to build relationships when he is unknown and few cares about what he doing. He deals with expectations and challenges. He weaves biblical scriptures throughout the chapters and speaks to the supernatural component overall in developing a campus ministry. He emphasizes the importance of self-leadership, specifically spiritual self-leadership.

It is a masterful book, and I highly recommend it to anyone who is pioneering a new ministry, particularly on campus, and to those learning how to exhibit humility as a leader. 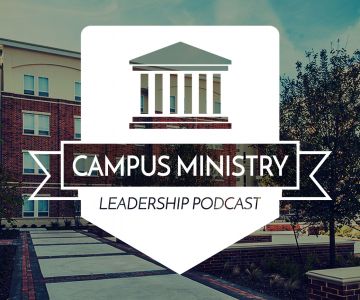 Discipleship is at the core of what we do as campus ministers. What does it look like to find, feed, and fight for our students? Alex Rodriguez of NMSU Chi Alpha, joins us to discuss these simple and effective principles. 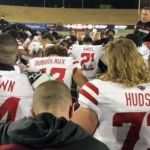 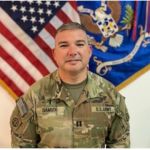