All I Had Was My Yes

A Chi Alpha Story from the University of Wisconsin Madison

It’s amazing what God can do with a simple yes. I grew up in Northwest Indiana and, from a young age, felt drawn to missions and ministry. Yet when it came time for me to graduate from North Central University with my degree in Pastoral Studies, I had no clue what I wanted to do next. All I knew was that I wanted to help people far from Jesus draw close to Him again. During this season I heard about Madison, Wisconsin, and a team going there to re pioneer a Chi Alpha. I knew very little about Chi Alpha, but when I heard about how many students were at the university that didn’t know Jesus and how unreached the city was, I knew that’s where I wanted to be. So, at 21, I packed up my car, signed a lease without visiting, and moved in August 2016 just weeks before school started. I didn’t have the experience or qualifications. All I had was my yes. I have learned so much about campus ministry through attending the Chi Alpha’s annual Reach the University Institute and the Great Lakes regional student and staff gatherings.

After just one year on campus, I knew that this was what I wanted to give my life to. Every year it got better. Hundreds of students were coming through our doors and many decided to follow Jesus, get baptized, and follow Him all the days of their lives. Since re pioneering in 2016, students have started bible studies in their workplace, lead family members to the Lord, and even go into ministry themselves. However, saying yes to help re pioneer at UW Madison was the first of many yeses I would be saying.

In 2018, I planted New Culture Church to continue to reach the downtown and university community in Madison. New culture has created a space for nontraditional students, such as grad or PhD students, to plugin, as well as help students fall in love with the local church. Proximity to the campus was important, so I commit us to having the church close enough for students to walk or take campus transportation. We started the church in one of the biggest nightclubs in Madison and signed a lease for two large spaces, one for The Sanctuary and the other for a community/ student center next to campus.

In 2020, during a global pandemic, we pioneered at Edgewood College, and even through following all the COVID guidelines, we have seen the group grow every semester. Finally, in 2021, in partnership with our church plant, we opened “The Living Room”, a community/ student center. We opened this past fall, after raising $50,000 to renovate and getting the place ready to open to the community. We have hosted worship nights, prayer groups, small groups, international student events, and we open the student center daily so students can study during the week.

If you would have told me that five years in, we would be on two campuses, have a church plant, and a large gathering place for students, I wouldn’t have believed you. Or, I wouldn’t have said yes. The story of Chi Alpha Madison is a story that only Jesus can write. And it has been the honor of my life to continue to say yes to that story. One person, one place at a time. I can’t wait to see what He will do in the next five years and the people He will use to do it.

I never thought I would pioneer a ministry. This was affirmed to me in multiple ways. Indirectly, I remember listening to someone I highly respect publicly teach that pioneering ministry requires an outgoing, “type A” personality. I am an introvert who needed to overcome his shy tendencies and risk-averse nature. Besides this public pronouncement of what it takes to pioneer campus ministry, I recall another veteran campus pastor say that the best way to determine if someone is a leader is to “place them on a campus and see if anyone will follow.” If I could not escape my introspective and introverted personality, surely my fear of the unknown within a crowded campus would trip me up. But I felt like Jesus was leading me into campus ministry in places where it had not been established. Thus, I headed out to the Northeast with my wife as interns at Georgetown University. It was a challenging, yet highly influential year. I faced all my fears in one year. I had to engage with students I did not know or share much in common every Wednesday afternoon in the center of campus called “red square.” The ministry would not succeed or fail due to my efforts so part of my experience was getting outside of my comfort zone (personal), while the other was learning to creatively consider why anyone would listen and take seriously the Gospel (theological).

After a year of ups and downs, the day of our final internship evaluation was upon us. My wife and I sat before our internship directors and listened to their feedback. Their final analysis: “Matt, you could take over a campus ministry as a director, but we don’t think you can pioneer one at this time.” They weren’t wrong. However, it was an uplifting moment for it showed me I was headed in the right direction.

After Georgetown I went to Cornell University where the group was being rebuilt after years of officially being chartered through a local church. My wife and I took over and through the 7 years we spent in upstate New York, we learned and worked through what it takes to cast vision, preach the Gospel, and equip students to follow our example. When we moved to St Louis (for reasons beyond this short story), we entered a city where almost every campus is private, and no one had much success establishing campus ministries.

As a 32-year-old with two kids and another coming shortly after arriving in St Louis, I walked onto campus, as a reflective, confident introvert, determined to show that with God’s leading, others would follow. In Genesis the patriarch Jacob left his mother and father in order to find a wife among some distant relatives. Over those years, his personality changed, and his experiences produced a tremendous household of people, livestock, and wealth. But it was his confrontation with his past, with his brother Esau, that caused his fears to rise again. And it was in the middle of the night, as he wrestled with God, that his fears were relieved and he moved forward. The story of his son Joseph would be similar. A foreign country became the proving grounds for his faith as well.

If I could impart one simple lesson in all of this it is this: making disciples for Jesus is not a matter of who you think you are or who others think you are, but using what spiritual gifts God has given to you in whatever calling His is leading you into. Not all will have the spiritual gift of leadership or administration, etc. The point is to find out what your gifts are, and use them to make disciples. Pioneering cannot be done by anyone, but far more are capable of its calling than we make it out to be. That was the case for me.

Matt Herman, is the author of Pioneering Campus Ministry, What You Should Know Before Stepping Out Into the Unknown (2021). See a complete Book Review in the Resource section of the web.

“This may be the first book written in such a way that brings you on campus in the first few years of forming a campus group from scratch. You get inside Matt’s head as he encounters students for the first time to build relationships when he is unknown and few cares about what he doing. It is a masterful book, and I highly recommend it to anyone who is pioneering a new ministry, particularly on campus, and to those learning how to exhibit humility as a leader.”  Dennis Gaylor, former national director, Chi Alpha Campus Ministries, USA 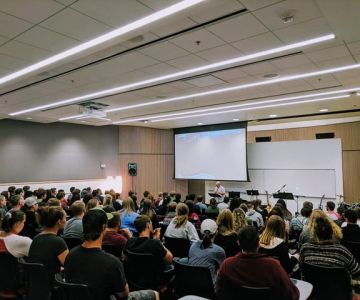 In high school, I became a Jesus follower. I joined Young Life and was encouraged by the leader, John Hartle, to grow in my faith. John’s roommate was Brady Bobbink. So, when I graduated, John passed me off to Brady, who put me into his XA leadership training group at Western Washington University.

I spent the next 5 years living in residence halls learning to share the gospel where I lived. I studied history and poly sci in preparation to be a high school teacher and coach. But God had other ideas.

Brady asked me to pray about becoming a campus minister. After praying over the next year, I knew how the Lord wanted me to serve Him. I grew a passionate love for Scripture under Brady’s teachings. I also grew a love for missions, and got to lead a XA student missions team to reach First Nations people in British Columbia.

My calling to XA was immediately tested by being offered a job as the assistant to the JV coach for the basketball team. Jesus had already directed me to train to be a campus minister where I could coach university students how to serve Him.

There were four interns my year, and I was privileged to be mentored by Greg Smith (Brady’s first intern). Greg had graduated from Regent College and set about to give me a seminary education. He challenged me to study the entire New Testament and teach an 8-week class on it.

After a year of being on staff at Christian Chapel Assembly and establishing a XA group of a dozen students, Jerry and I moved back to Washington to marry our sweethearts.

Next, Jerry went to make disciples in the workplace, while Carol and I took over the XA group at Central Washington University. We’ve been there since 1981. It’s been so satisfying watching students become disciples who make more disciples (Mt. 28:18-20; 2 Cor. 5:14-21).

Obeying Jesus is where it is at. Being a XA campus minister is a front row seat, watching Him change and direct students’ lives to transform our world. He gets glory by the alumni serving Him in their local churches; making disciples in the marketplace and around the world.

It’s great knowing that this same story is repeated all over XA Nation as students come to university, become active in XA, find Jesus, and are trained to obey the Great Commission in the power of the Holy Spirit. 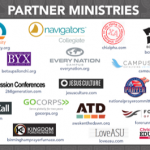