What They Need to Know to Attend College 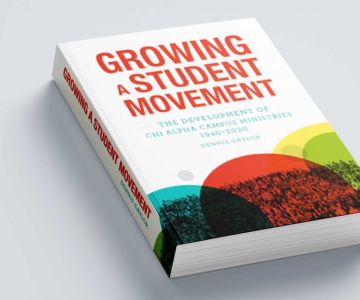 At the beginning of the 21st century, Chi Alpha Campus Ministries USA is a major national student movement communicating the love of Jesus Christ and the good news of the gospel to thousands of students each year who matriculate through college. Chi Alpha students actively take part in campus ministry both stateside and abroad. Fifteen hundred campus missionary staff and volunteers serve 20,000 students on 300 campuses nationwide. Sister campus ministries are active in seventy-five nations.

Chi Alpha is rooted in the Assemblies of God (AG) denomination, a church formed at the beginning of the 20th century as part of the modern Pentecostal movement. They derived the name Chi Alpha from the two Greek letters, XA, and the biblical passage, 2 Corinthians 5:19-20, identifying “Christ Ambassadors” or “Christ sent ones.” The AG created a national Youth Department in 1947 and soon explored ways to minister to AG youth attending state colleges and universities, particularly as thousands of men and women entered college after returning from WWII. Chi Alpha was first organized at Southwest Missouri State (now Missouri State University) in 1953.

A stateside chronological history of Chi Alpha is brought to life through the decades in eight chapters. The book records 800 photographs, 50 charts, and 100 quotes to help tell the story of people and events in Chi Alpha’s growth. A single watershed moment changed the trajectory of Chi Alpha in 1986 with the organizational move from the national Youth Department to AG US Missions. For the first time, Chi Alpha personnel are missionaries, and mission strategies and methods apply to advance the ministry on campuses. AG World Missions also began appointing world missionaries to start university ministries in other nations.

Three chapters cover the vast influence of Chi Alpha in world missions, international student ministry, and a parallel history of university ministry outside the US. The final chapters focus on change, new leadership, and spiritual awakening. The epilogue observes the impact on college students and campuses in the year 2020 during an unprecedented global pandemic, racial justice issues, and the presidential election. 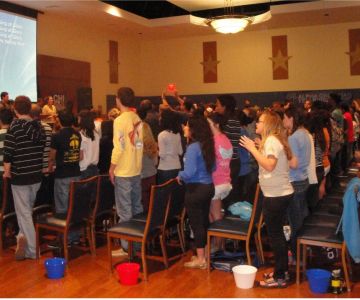 The conservative legal group Alliance Defending Freedom has claimed victory after the Christian student group Ratio Christi sued the university over claims that its official status as a student group was denied for unlawful reasons.

ADF reported that the university quickly gave Ratio Christi the recognized status after the legal complaint was filed against school officials last Monday in the U.S. District Court for the Southern District of Texas.

“Ratio Christi received the good news they deserve—as a result of our lawsuit, the University of Houston-Clear Lake has now fully recognized the Christian student organization as a registered club on campus, granting them equal treatment among their peer groups,” said ADF Legal Counsel Caleb Dalton.

“We commend the university and its general counsel for taking quick action to correct this injustice. Now, the university must do the next right thing and rescind the unconstitutional policies that are still in place that were used to exclude Ratio Christi because it requires its leaders to agree with its values and mission.”

When a student group lacks registered student organization status, it cannot reserve on-campus spaces, invite speakers for events or use funds reserved by the university for student groups.

“The First Amendment protects the right of all student organizations to associate around shared beliefs. The fact that UHCL disregards that right when it comes to Ratio Christi is particularly egregious because UHCL has treated Ratio Christi differently because of its religious beliefs.”

The complaint further claimed that the university was using its anti-discrimination policy to bar Ratio Christi from receiving RSO status, namely Ratio Christi’s rules that restrict its leadership to Christians.

The legal filing alleged that the university’s anti-discrimination policies allowed non-religious student organizations to limit their leadership positions and membership to students who agree with their mission but would not let religious student groups do the same.  “Under the RSO Policies, RSOs cannot discriminate based on race, color, religion, national origin, age, sexual orientation, mental or physical disability, veteran status, gender, sexual orientation, or gender identity and gender expression — that is, unless the organization is the Vietnamese Student Association, International Student Advisory Board, Student Veterans Association, a sorority, or sport club team,” the complaint reads. 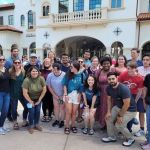 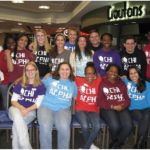