What does a real estate office, fraternity house, and a church have in common?

They are all Chi Alpha properties. These places next to campus provide a welcoming space for students. Chi Alpha complexes provide a place for Bible studies, worship gatherings, outreach, housing, social events, and a place to study. These settings provide a context for building community and training.

The latest XA facilities procured are all in the state of Texas at the University of North Texas /Texas Woman’s University, Denton; Texas A&M University, College Station; and Texas Tech University in Lubbock.

Matt and Allison Liberio are the campus missionaries at the UNT and TWU.

As the attendance numbers regularly approached or exceeded triple digits, space was an issue. XA had met at local AG churches in the area, but these places were not near the campus. In 2019, a team of XA staff outlined a four–year plan and one goal was to have a ministry facility near the campus. Matt explained that almost immediately, XA received significant financial gifts toward purchasing the building—$3,000, then $5,000 and $8,000 after he spoke at a church on a Wednesday night. Students worked extra jobs and extra hours and raised $7,000.

A church within four blocks of UNT wedged between five large student housing complexes came onto the market. The church was a 1,800-square-foot property and 930 square-foot parsonage, on a 1.3-acre lot at a cost of $285,000. A donor contributed $200,000, and by then, XA had raised $70,000, so Matt made an offer of $250,000, expecting a counter offer. The owners accepted the offer and XA now owns property not only near the campus but in the heart of the student housing.

Eli and Mandy Stewart, campus missionaries at Texas A&M U

They restarted XA in 2016 with 10 small group leaders, and after five years they have 175 small group leaders, and 35 in the Campus Missionary-in-Training program. TAMU is the second-largest public university in the U.S. with an enrollment of 69,523 in 2019-20. This number represents almost 60% of the population of College Station (a major city within a city) and AG did not have a church until the XA planting team started a new church, Mountain Valley Fellowship.

TAMU XA prayed and believed God for a half-million dollars to purchase and refurbish a 25 bedroom, 12,000 square foot fraternity house. By August 2021, they had raised $460, 000. They put $400,000 down with $20,000 closing costs and applied $80,000 to renovate. The building is already being used to train graduates to start university ministries, plant churches, and go into the world as missionaries. What was a former fraternity house they are calling the TAMU XA Discipleship School. The value is $1.8 million.

In 2019, XA purchased an 8,100 square foot building with plans to renovate, bringing the value of the property to $400,000. They were poised to begin renovation when a local credit union needing to expand called to see if XA will sell their recently purchased property. XA sold the property for $400.000. So XA had to find another building. They found a former Lutheran Church turned Real Estate training offices, which was newly remodeled with five offices, a sanctuary, board room, kitchen, five-bathroom, $30,000 worth of furniture included, and another 1/3 space available for other use. The entire process was miraculous. They closed on the first building, August 19, and on the new one, August 20. Not only do they have a fully furnished and completed training center — move-in ready — they cleared more than $90,000 on the sale.

Besides the obvious context for creating community that builds up Christian student believers and attracts students that have never experienced Christianity, and ongoing discipleship, these XA centers offer training programs for the AGs, the Pentecostal movement and the Christian world community at large. The XA staff leaders and team members imagine XA graduates gainfully employed in diverse fields in the marketplace, as lay leaders and tithing members in the Church, and as called to vocational ministry and missions work. 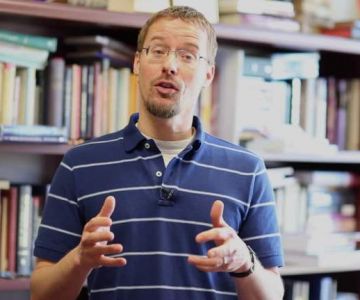 Dr. Don Everts, partnered with the Barna Group and the Lutheran Hour Ministries to research how practicing Christians talk about their faith which resulted in The Spiritual Conversation Curve designed to help Christians start spiritual conversations. He notes the Christians’ approach to sharing their faith has changed in 25 years. “Technology and rapid cultural shifts, including the impact of social media, have redefined the ways we communicate. This shifting definition of evangelism and the perceptions of faith sharing from both sides of the conversation: the sharer and the hearer.”

In the research, the fear of giving offense or being rejected is one of the primary barriers for many Christians in talking about Jesus. That is why most of us are quiet. The research reports on the state of our witness. Nearly three-fourths of practicing Christians are afraid to speak up about their faith.

1. We have fewer spiritual conversations.

2. We are uncomfortable with spiritual conversations.

3. Our conversations mention Jesus and the Bible less.

4. Our approach to spiritual conversations mirrors our surrounding culture.

5. We know spiritual conversations need to be initiated.

6. Our spiritual conversations increasingly have a digital element.

The project led to the creation of The Spiritual Conversation Curve which helps frame how one can start spiritual conversations knowing people have different postures toward the Gospel: unreceptive, receptive, and seeking, and reveals six types of conversations based on their posture: either in gaining a hearing, giving good news, or guiding toward faith.

In my last blog, “Start to Finish” I explained there are three discernable patterns in a given academic year. Mobilization was the third, predictable pattern that arrives after the new calendar year begins and with Spring.  As the warm weather arrives and in many places snow melts, buds come out on the trees, and the sun shines, students head for the outdoors.

It is an ideal time to step up witness with outdoor activities like lawn talks, contact tables, personal evangelism, and social events, but they focus on the point of this chart and research on spiritual conversations.

Don admits for him the difficulty of witnessing was “apathy, shyness and basic fear.” He believed spiritual conversations were “pesky, painful, awkward things.” The research shows that most of us in the U.S. are reluctant conversationalists, which he named his book on the research (see Resource). The question asked was, “How often have you had a conversation about faith (or lack of faith) with anyone last year?”

The Spiritual Conversation Curve can help us be aware and sensitive to where people are (or not) in their understanding or experience of faith. Learning to have natural conversations with students you get to know (chatting, relating, sharing) can lead people toward faith—clarifying the costs and rewards of following Jesus. Don has written a 10-page booklet, “How to Talk About Your Faith,” that you can download for free at www.lhm.org/curve/.

Don Everts is the senior pastor of First & Calvary Presbyterian Church in Springfield, Missouri, and is a writer for Lutheran Hour Ministries (lhm.org) and the Hopeful Neighborhood Project. He served with IVCF for 18 years. Don has spent almost three decades helping people on college campuses and in the local church become good stewards of their God-given gifts. His latest book is The Reluctant Witness. Some might remember his first 1999 IVP book, Jesus with Dirty Feet. 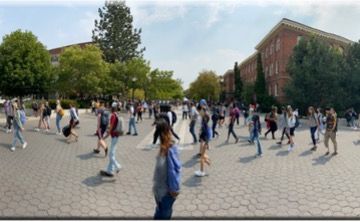 How likely is it you would recommend your XA to a new college student?

We need to see XA in the eyes of incoming students, especially first-year students and transfer students. One person in speaking of comparisons, explained that “the competition is anyone the customer (in this case, the college student) compares you with.” New students are looking for relationships and a group to belong to. They are seeking the truth. Students want to know what life is all about. They desire to have a meaningful campus experience.

What does XA offer students? What do leaders and XA students need to know and do to attract fellow students to XA?

Here’s three questions you might consider when planning XA meetings:

Will my friend feel welcomed? The atmosphere, nomenclature, and style of meeting should invite and not intimidate college students. Students without a faith experience may not understand your Christian vocabulary or may not understand your worship style. Do some up front explaining when you speak and worship. Create an environment where it is safe to ask questions.

Will my friend fit in. Understand the differences between three things–absolutes, cultural differences, and preferences. Appreciate diversity. Respect the spiritual journey of every person in the room.

Will my friend get something out of this? Trust the Holy Spirit to lead people into the lifestyle changes they need to make. Can everything that happens in the gathering be explained through Scripture?

Michael F. Gleason in When God Walked On Campus challenges students and campus leaders to “imagine that an outsider requested to spend several months at your college or university [campus ministry] to evaluate the school (ministry) based upon the criteria outlined below.” He proposed that the Christian students and fellowship group rate on a scale of 1–5 (one being poor, 5 being outstanding) in the following categories. To what extent have we as students and as a campus group.

When we grow in these spiritual dimensions as students and as a campus ministry, we will be the people of God—a community that attracts students. Creating a welcoming, loving, and spiritual gathering is a powerful way to draw students to Jesus. As we look back over the school year, ask ourselves, have we reached new students, met the worship and fellowship needs, deliberately proclaimed the good news in a variety of venues, and discipled students, who have begun to disciple other students?

Great blog post! What starts in Texas changes the world!

This is such an encouraging blog. Thank you Dennis. My faith has increased! 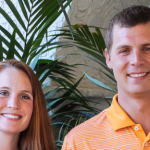 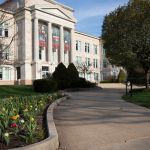