Although he uttered a “sinner’s prayer” as a Baptist youth because he feared going to hell over unconfessed transgressions, Joshua Moran rarely attended church. Parties where he got drunk and swore a lot turned out to be more frequent gathering places. But soon after he began attending college, his life turned around.

“Chi Alpha found me at the University of Virginia (UVA),” Josh says. “I felt the Holy Spirit in a way I did not have the vocabulary for at the time.” His grandmother Wanda Sears bought him a leather-bound study Bible, he joined a Chi Alpha small group on the campus in Charlottesville, and he ceased imbibing and cursing.

The self-confident Josh had lofty goals. He wanted to become a lawyer, be elected senator, and then run the free world. His Chi Alpha involvement altered his goals to other means of persuasion. He switched his major to religious studies and graduated in 2007. He responded to the Chi Alpha student missions challenge to “give a year and pray about a lifetime. The following year, Josh and Katie

“During the Chi Alpha CMIT program, I grew in ways I could never have imagined,” says Josh, 36. “It was one of the most formative years of my life in learning as I was repeatedly challenged to be a disciple-maker. I knew I wanted to do Chi Alpha forever.”

Twelve years into their UVA ministry, the Josh and Katie sensed a calling to launch a Chi Alpha ministry at James Madison University in Harrisonburg, Virginia.

The Morans, who are both ordained AG ministers and U.S. missionaries, started the ministry on campus in 2019 and shared responsibilities. The COVID-19 pandemic hit that first school year, forcing the Morans to be creative in their outreach efforts. Gatherings had to be held outside, with participants wearing masks and staying 10 feet apart.

“This could be our first normal year,” he says. “We will have unrestricted social events for the first time. But small groups will still be the heartbeat of who we are.”

Katie grew up in the AG and always wanted to be a part of Chi Alpha. Josh says in their first two years at JMU she discipled the majority of the staff and led the bulk of the meetings. He says the Church shouldn’t lag behind the business world when it comes to promoting women leaders.

“For years, the Assemblies of God has said we are pro-women in ministry, but that is not always the reality,” Josh says. “The task is too great for half the population to remain on the sidelines. This is biblical; we need all hands on deck”

Since 2017, in addition to the campus, Josh has served as Chi Alpha director of the Potomac Ministry Network.

This article was written by John W. Kennedy titled “Lifetime Leaders” in the AG News  and has been condensed for this website. 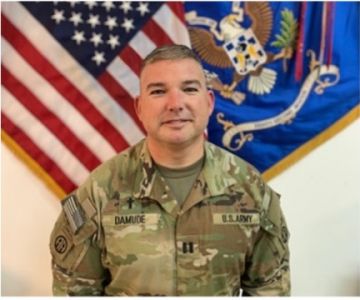 As a senior in college, James Damude walked the campus of Northwood University, Midland, MI, with the XA campus pastor. The campus pastor asked James, “what do you see when you look at all these students?” James paused, allowing the Holy Spirit to work in him, and said, “I see spiritually dead people.” It was on that cold crisp fall day in Michigan, James heard the Holy Spirit call him to campus ministry.

That next year he entered an XA internship with campus minister, Scott Miller, on the campus of Boston University. For 18 months, he learned how to take the calling and actualize it on the campus. James returned to NU in 2001 and directed campus ministry until 2010. In 2011-2012 he served with AG World Missions in Jaipur, India on a campus missions assignment. After he returned stateside, he launched a XA ministry at Saginaw Valley State University, Saginaw, MI, and served the next four years. For 15 years, his calling was to bring the life-changing gospel of Jesus Christ to college students all over the world.

The transition from XA to US Army chaplaincy was much like his transition from a full-time student to a campus minister. It started with him hearing from the Holy Spirit and then working hard. Over a Thanksgiving dinner, my uncle talked about his chaplain while he served in the Gulf War. James learned about the influence the chaplain had in soldiers’ lives. That night, the Holy Spirit was speaking again. James researched chaplaincy, saw the path was difficult but worthwhile to pursue.

The US Army holds the position of chaplain in high regard, as they are the Shepherd of a soldier’s spiritual life. It comes as no surprise; the requirements are immense. They require applicants to be ordained ministers, complete an MDiv have substantial ministry experience, pass a physical fitness test, and receive approval by the endorsing denomination. For James, that process was nine years in the making.

Now as a US Army Chaplain, it is his great honor to continue to serve the Lord, my country, my soldiers. Titles have changed from campus minister to chaplain, but the calling remains the same!

Jasmin 27, is a recently commissioned U.S. Air Force endorsed chaplain and ordained Assemblies of God minister. She credits her training in XA with setting her course. Jasmin, a captain, stationed at Kadena Air Base in Okinawa, Japan, planning to build a spiritual community among the airmen at Kadena.

Military personnel at foreign bases often can’t just visit the local church of their denominational choice down the street. “Whatever spiritual community is on base is where they go and that’s why it’s so crucial to have strong spiritual communities overseas,” Jasmin says. “There are worship services held at churches off base, but often people look first to chapels where they can be around like-minded believers in similar seasons of life.”

Jasmin understands the value of having a strong spiritual community away from home. As a college student at Arizona State University, she too wondered if there was more to life than the party culture that surrounded her on campus.

“I knew that I was called to ministry at age 12, but I didn’t have a strong foundation in my faith until I went to college,” she says. Jasmin gained the spiritual foundation she needed through ASU XA chapter.

“XA not only gave me the grounding that I needed in my faith but also as a minister,” Jasmin says. Through XA, Jasmin received formative discipleship and training that solidified her calling to ministry. While active in XA, she took part in two transformational missions trips (XA Expeditions) to Greece and Macedonia.

Chaplain candidates must pursue their MDiv, work toward ordination in their church, and receive military training during their time in the program.

Jasmin enrolled in the chaplaincy candidate program and applied to the MDiv program at AG Theological Seminary. She gained acceptance into both programs in 2015 and finished in the top 5 percent of her class, which contained 235 chaplains candidates.

“I received a lot of training and experience in the chaplain candidate program that included assignments in Guam, England, and South Korea. The training helped me see the need on our overseas bases,” says Jasmin. Kadena Air Base is her first active duty assignment. One of her goals is to build a strong gospel and contemporary worship community, especially among the younger troops. Jasmin believes she has the coolest job ever.

Russ Trubey’s XA story began in a roundabout way when Saddam Hussein invaded Kuwait on August 2, 1990. He was 21 years old, and in the Army, stationed at Ft. Sheridan, IL, about 30 minutes north of Chicago. Rusty was less than one month from getting out of the Army, and that day couldn’t come soon enough. He had no clue what he wanted to do with his life. The one thing he knew was he wanted out of the Army. Apparently, however, trumpet players (Russ played the trumpet in the Army band.) were needed.  “Stop-loss policy” involuntarily put his exit from the Army on hold. He wondered if his band and trumpet playing were critical to national security.

In the providence and grace of God, the Holy Spirit brought people into my life who helped me understand and respond to His leading. It became crystal clear. The full-time ministry was my calling, but its shape would be a process. When he left the Army, he enrolled in Southeastern University, Lakeland, FL. from 1991 to 1995. It convinced him of two things – he wanted to reach young people and didn’t want to do it in a church.

After graduation and an internship, he met Mario Solari, the XA missionary at Florida State University, Tallahassee. After exposure to XA, he was hooked. XA was his path, and so he embarked on the daring journey of faith and finances as a campus missionary intern with campus minister, Gary Paschal at Stephen F. Austin State University, Nacogdoches, TX,1996-1997. He spent 16 years directing XA at the University of South Florida, Tampa, and West Virginia University, Morgantown. It was a rewarding ministry, but Russ felt his time with XA was ending. The Army needed chaplains.

He wondered if there was something to his calling to ministry that began when he was a soldier. Again, it was clear. He knew what God wanted him to do. He completed all the education and requirements necessary and became a chaplain in 2012. Because he was a Reserve Chaplain, he still needed a “civilian” ministry. The calling to help Soldiers and Veterans was primary, and so in 2015, He became a chaplain with the Department of Veterans Affairs.

His passion was to carry the stories of those on the front lines of faith who struggle with life’s greatest questions. XA helped prepare me for this unique ministry of bringing hope of Christ to those who have borne the battle.

In the fall of 1979, Clint Bryan left home to attend the University of Arkansas.  As a freshman who would live away from home for the first time, he did not know what to expect, as he was the first in his family to go off to college and, ultimately, get a degree. The dormitory in which he lived housed more people than lived in his hometown; yet, he felt alone in a crowd. There were keg parties in the dorm and guys getting sick all over building; the culture shock was immense as his hometown was in a dry township and his family practiced a holiness lifestyle. His work-study job was in the Chemistry Library. This position afforded Clint an opportunity to become acquainted with Mary Stokes, the faculty advisor for XA at UA.

END_OF_DOCUMENT_TOKEN_TO_BE_REPLACED 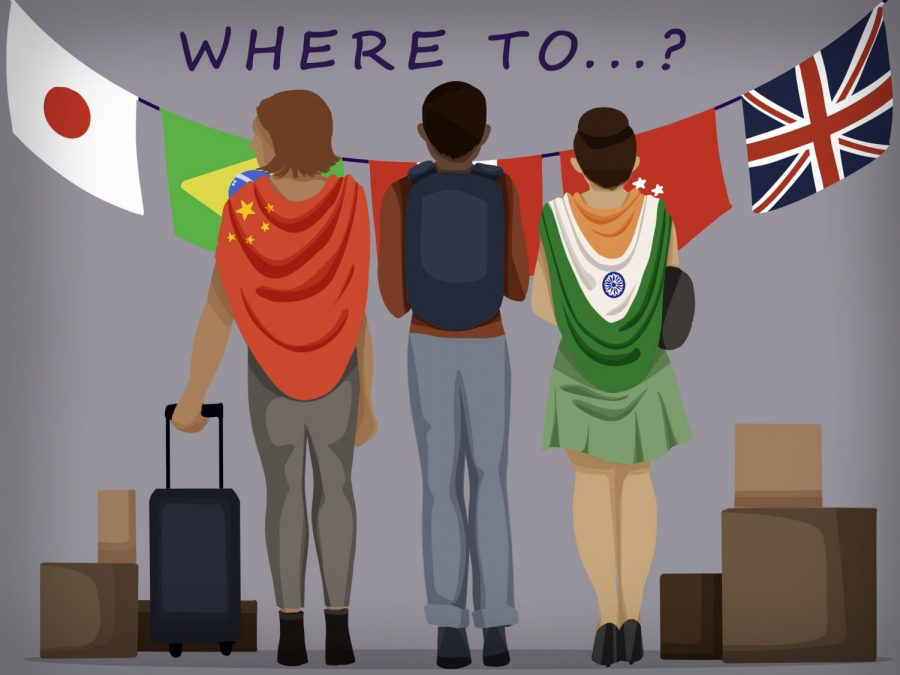 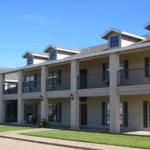