In the April issue, we introduced 5 females in a 3-part series highlighting ordained XA female campus ministers. An increasing number of XA females have received ordination in the past 2 years, so I thought I would recognize them. During the Spring and early Summer AG districts/ networks gather and more of our XA females will be ordained. Here are 5 females serving on campuses in the Northwest, Illinois, Arkansas, Pennsylvania, and Indiana that were ordained last year–2021.

Kristen serves at Western Washington University with the Northwest Ministry Network. She completes her fourth year on staff. As a woman in ministry, a XA campus pastor, she wants to serve with excellence, and faithfulness and to represent Christ well. She is eager to learn, grow, and push herself, so ordination definitely felt like one way she could do that. Kristen became ordained in 2021. Taking more biblical studies, networking and participating with other pastors, and ordination, opens the door for her a voice to be heard and opportunities to speak up at meetings. In the local XA, she leads a discipling core group and is responsible for student missions. She plans, administrates, and trains interns to lead missions trips and leads teams herself. She is a pastoral supervisor for interns and values the opportunity to walk alongside an intern during their CMIT experience. This includes facilitating second-year internship discussions on the Old and New Testaments. Along with the other staff, she preaches and teaches at XA meetings. She hopes to have the opportunity to serve with the district area team.

Jenn was ordained with the AG of the Illinois District in May 2021. She serves with XA at Eastern Illinois University, Charleston, with her husband, Mark. She is now in her 7th year at EIU. She pursued ordination a few years ago simply because she wanted to further her education. The Lord gave her a vision to do ministry full time and so following through with the process to ordination was the next step. She knew God was calling her and she wanted to be obedient, overcoming all fear and self-doubt that crept in along the way. She had some incredible people encouraging her as she advanced, and she is so grateful that she pursued ordination. Jennifer stated, “It was an amazing spiritual marker in my life; a very special moment. A special moment where I once again told the Lord, Here I am, Lord. I continue to dedicate my future to whatever you’ve called me to do and wherever you’ve called me to go.” As a campus minister, she and Mark co-lead EIU XA, and she leads a girl’s life group and 1-on-1 discipleship of students. She also leads XAi, the International Student Ministry. Jennifer exclaims, “What an incredible blessing it is to be a part of the life-changing student movement that is Chi Alpha. Serving within Chi Alpha has made me a better person, it’s made me a better leader, and it’s made me a better disciple. My passion is to go into ALL the world making disciples who make disciples on the college campus. Let’s keep reconciling students to Christ!”

Alycia is 26 years old, and she has been a Chi Alpha Campus Missionary for the past five years. She started with XA as an intern at Edinboro University. After two years at Edinboro, she joined the pioneering team headed to Penn State Behrend located in Erie, PA. At the end of her two years at Edinboro, she became a licensed pastor with the AG. During the first few years at Penn State Behrend, she took the Berean classes needed for ordination and received ordination in the spring of 2021. She made the decision to pursue ordination shortly after getting licensed because she knew the Lord was calling her into ministry and she wanted to be as well trained and equipped as possible. She has continually been deeply grateful to my pastors Joel & Nichole Schreiber along with the leadership of XA for always encouraging her to continue credentialing to the ordination level! Alycia is the assistant director of XA at Behrend leading Life Group, discipling students, and preparing for weekly worship services.

Cynthia was ordained in 2021 by the Oklahoma District. She had studied in New York City where she met and married Destry Dobbs, She stated, “God made it abundantly clear ministerial credentialing was the path she should pursue.” She teaches, leads women’s groups, works with the CMIT program, and small discipleship groups. Cynthia is often invited to speak at leadership conferences, women’s conferences, and churches. She contributes articles to journals, Guidepost and other magazines, the Bible Engagement Project, and leadership training and international student ministry training resources for national XA. She tells that XA has been foundational in teaching her to be missional. “I love growing and learning from XA mentors and investing and praying over the next generation.”

Dana Hoover @ the University of Arkansas

Along with her husband, Ronnie, Dana co-established XA at the University of Arkansas in 1989. She worked in different roles within XA in numerous ways over the years including women’s pastor, XA House Director, Worship Director, Office Manager, Finance Manager, Small Group Leader, Coach for a group of women leaders. Dana became a licensed AG minister in 2014 and was ordained in 2021. “At first, I didn’t see the need for ordination. However, when our state superintendent began looking for women ministers to serve on a task force, I found I wasn’t eligible. I wasn’t eligible to speak into and form ministry opportunities for the young women who were coming up underneath me. It broke my heart, and I pursued my ordination. I hope to influence the next generation of women ministers in their calling and ministry efforts.”

Mary and her husband Eli have been campus ministers for 30 years in Texas. She has written, Kingdom Minded, Learning to Walk in Disciplines as a Follower of Christ, and she writes a blog, One Generation to Another. Her March 31, 2022 blog entitled, “Some Thoughts On Women,” compliments this website’s story of five more ordained XA women. Check out her blog: https://www.marygautreaux.com/ 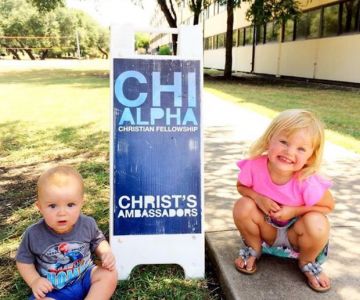 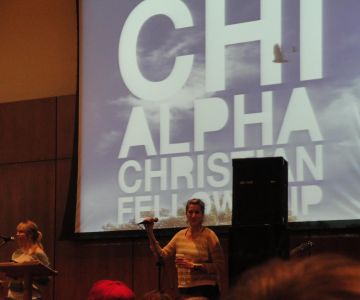 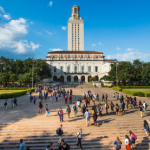 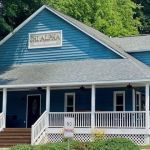